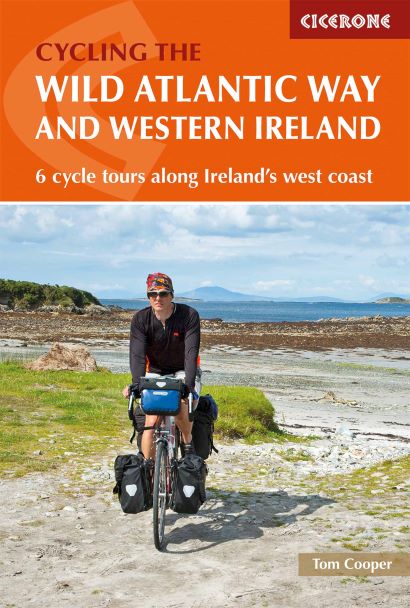 The Wild Atlantic Way itself is a driving route along Ireland’s Atlantic seaboard, but here is adapted for cyclists. It cover over 2,350km of coastline and showcasing the region’s breathtaking landscapes.

This guide also throws in a couple of other highlights (such as the Aran Islands and Killarney) for good measure.

Since relatively few people are likely to have seven weeks to spare for a full Wild Atlantic Way tour, the book presents six self-contained cycle tours, each offering 7-10 days of riding.

For the full Wild Atlantic Way experience, these distinct routes can be linked together into a 44-stage trip from Derry/Londonderry to Cork.

Each route includes detailed advice on accommodation and facilities, plus optional detours and shortcuts and points of interest.

The routes themselves are presented as ‘route cards’: ideal for use with a cycle computer, these pages provide ‘at a glance’ information for when you’re on the road, covering navigation, facilities and local highlights.

The guide covers all the practicalities – including transport, equipment and general tips on cycling in Ireland. 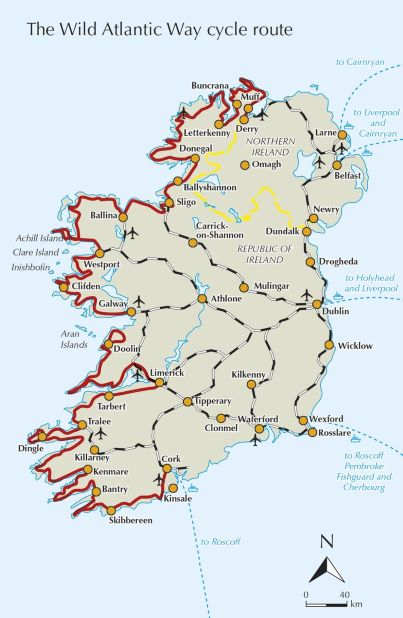 Link to a description of The Wild Atlantic Way – https://www.thewildatlanticway.com/