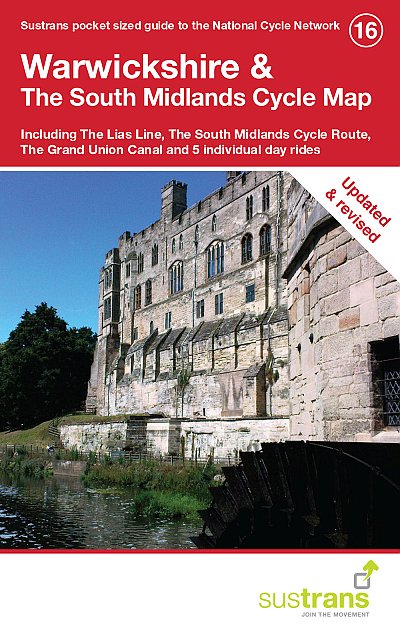 Warwickshire and The South Midlands Sustrans cycle map 16 – including The Lias Line, The South Midlands Cycle Route, The Grand Union Canal and 5 individual day rides. The northern part of the Cotswolds Area of Outstanding Natural Beauty is also covered.

It includes Warwickshire, Northamptonshire and part of Gloucestershire, including Warwick, Coventry, Rugby, Northampton and Kettering, plus Stow-on-the-Wold, Bourton-on-the-Water and Moreton-in-Marsh in the Cotswolds.