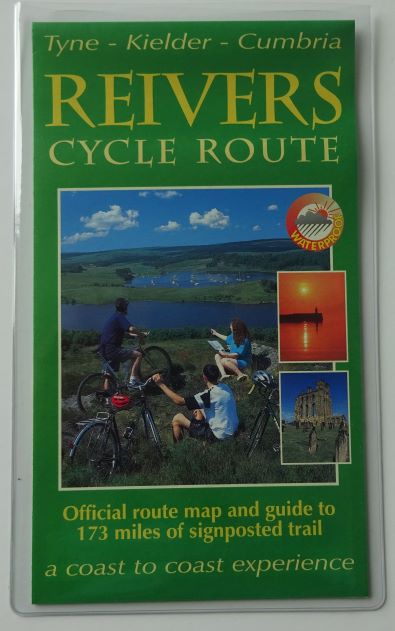 The Reivers Route is a waymarked coast-to-coast cycle route between Tynemouth on the North Sea coast and Whitehaven on the west coast.

It runs via Bellingham, Kielder Forest, Carlisle, Caldbeck in the northern Lakeland fells and Workington. 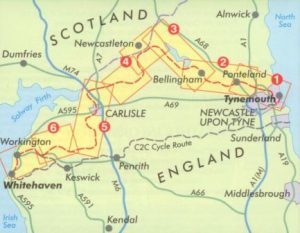 Without some of the steepest hills of the C2C, it is wilder, and a different kind of challenge. Of course, it makes a great return route for the coast to coast, or a follow-up ride.

The coast to coast double-side map itself is very clear and easy to follow, leading from Tynemouth to Whitehaven. 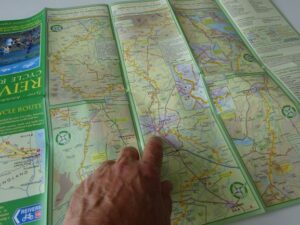 You can read more here: The Reivers Route