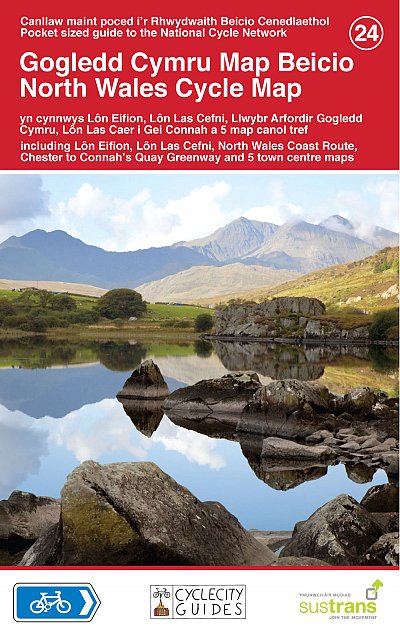 This area map shows the National Cycle Network and local routes in this area. It covers North Wales, including Anglesey and Holyhead, Snowdonia, Rhyl and the North Wales coast.

North Wales is a great region for cycling. From the dramatic landscapes of Snowdonia, to Conwy and Denbighshire’s sandy coastline and the beautiful and mostly traffic-free North Wales Coast cycle route, it’s an ideal area for discovering by bike. Don’t miss the River Dee estuary in the east, a major wildlife haven for wading birds and wildfowl, or explore further afield via the Holyhead to Dublin ferry in the Isle of Anglesey.