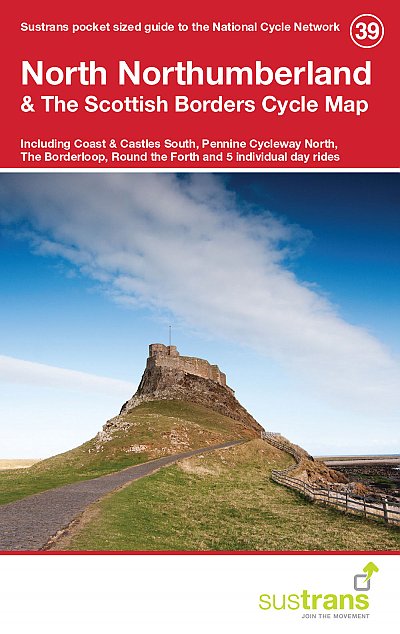 This area map shows the National Cycle Network and local routes in this area. It covers north Northumberland and the Scottish Borders region in the north east of England and south Scotland, including Berwick-upon-Tweed, Melrose, Haddington, Dunbar and Eyemouth.

National Route 1 between Alnmouth and Tweedbank via Holy Island, Berwick-upon-Tweed and Kelso. This makes up part of the Coast and Castles South long-distance ride and the North Sea Cycle Route.

National Route 76 continues along the coast from Berwick-upon-Tweed to Haddington. This route is part of the North Sea Cycle Route.

National Route 68 between Alnham and Berwicick-upon-Tweed. Berwick marks the finish of the long-distance Pennine Cycleway.