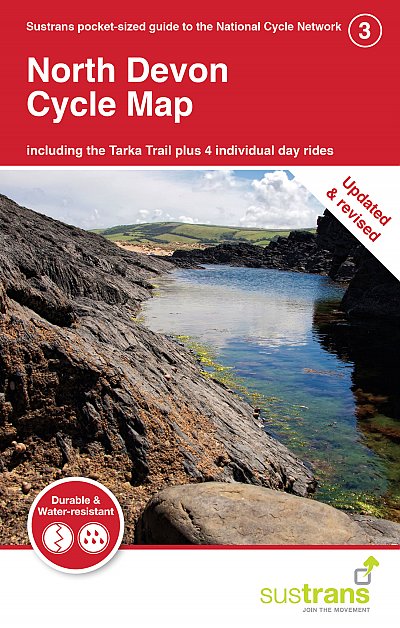 These major National Cycle Network routes are covered by the map:

The map is designed to help you explore the area by bike and includes clearly mapped on-road and traffic-free paths, easy to read contours, detailed inset maps for the major towns and cities, and local Tourist Information Centre contact details.

This area map shows the National Cycle Network and local routes in this area. It covers the North Devon area of the South West region of England, including Exmoor, Ilfracombe and the North Devon coast, Exeter, Okehampton and Bude.

Devon is one of those counties with a wealth of different landscapes and cycle routes to explore.

In North Devon the wilds of Exmoor contrast with some of the most stunning sandy beaches the country has to offer.

You’ll also find the Tarka Trail, one of the UK’s most popular traffic-free cycle routes – flat and forming part of the iconic Devon Coast to Coast cycle route from Ilfracombe to Plymouth.

More information on the Cycling in Devon blog post

For non-cycling maps and guide books for Devon, see our sister website: Devon in Books