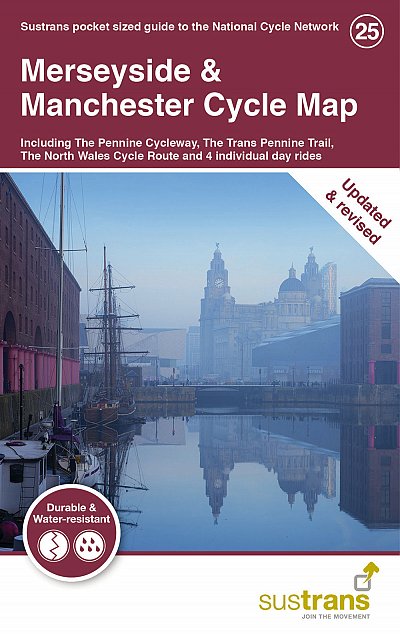 The Merseyside and Manchester Sustrans Cycle map 25 including The Pennine Cycleway, The Trans Pennine Trail, The North Wales Cycle Route and 4 individual day rides. There are routes around Liverpool, Manchester and rural Cheshire.

This area map shows the National Cycle Network and local routes in this area. It covers the Merseyside and Manchester areas of the north west region of England, including Liverpool, Manchester, Salford, Chester, Oldham, Runcorn & Widnes, Bolton, Macclesfield, Stockport and Bury.

Major routes covered by this map:

National Route 45 between Wrenbury and Chester.

National Route 55 between Stoke-on-Trent and Adlington.

National Route 68 between Manchester and Rochdale.