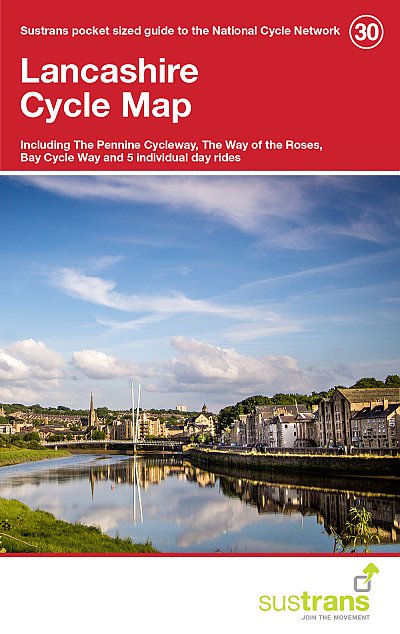 The Lancashire Sustrans Cycle Map 30 – Including The Pennine Cycleway, The Way of the Roses, Bay Cycle Way and 5 individual day rides.

This area map shows the National Cycle Network and local routes in this area. It covers the Lancashire area of the north west region of England including Preston, Rochdale, Lancaster, Burnley and Colne.

Major routes covered by this map:

National Route 55 from Adlington to Preston.

National Route 6 between Bury and Carnforth.

National Route 68 between Hebden Bridge and Ingleton. This section makes up part of the Pennine Cycleway.

National Route 62 from Preston to Fleetwood, largely traffic-free along the coast through Blackpool.

National Route 622 is a 21 mile cycle route encircling the city of Preston. This route is known locally as the Preston Guild Wheel.