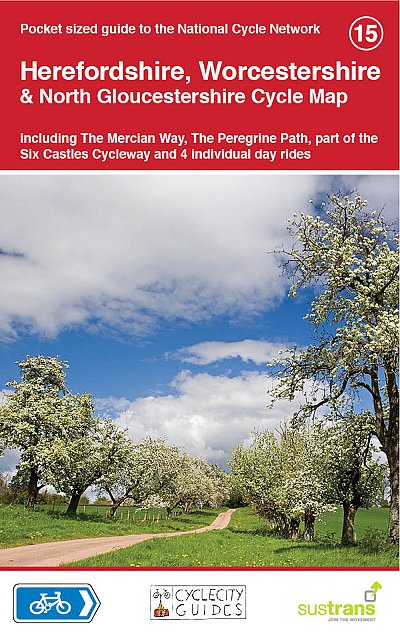 This area map shows the National Cycle Network and local routes in this area. It covers the Herefordshire, Worcestershire and North Gloucestershire area of the West Midlands region of England, including Hereford, Gloucester, Cheltenham, Worcester and Droitwich.

Herefordshire is known as one of the most rural and sparsely populated counties in England, with rolling terrain, beautiful scenery and chamring market towns. Neighbouring Worcestershire has an industrial history and similarly undulating hills, and the North Gloucestershire area is home to two major settlements – the historic spa town of Cheltenham and the Roman city of Gloucester.

National Route 45 between Gloucester and Bewdley via Tewkesbury, Worcester, Droitwich and Stourport-on-Severn.

National Route 41 between Gloucester and Cheltenham.

National Route 46 between Abergavenny and Hereford.

National Route 5 between Wilmcote and King’s Norton via Redditch and Bromsgrove.