The pocket-sized cycle map from Sustrans covering Edinburgh, Stirling and the area around the Firth of Forth, showing National Cycle Network (NCN) routes. 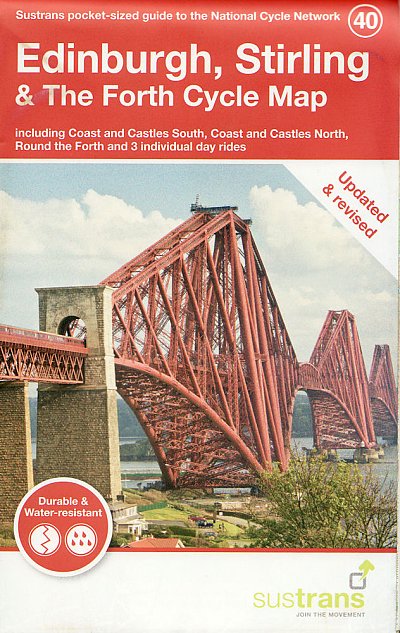 It covers Edinburgh, Stirling and The Forth region in Scotland, including Alloa, Musselburgh, Kirkcaldy, and Queensferry.

The map also features 3 day rides with directions and a description of the area, highlighting key cycle routes, local history and places of interest.