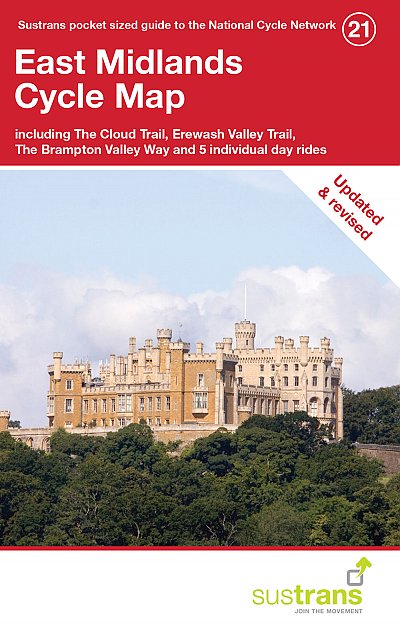 This map is in the series of pocket sized, folded maps to the National Cycle Network which include clearly mapped on-road and traffic-free paths, easy to read contours and detailed town insets.

Major routes featured on this map:

*The Brampton Valley Way is only partially covered, the rest of on Map 16 for Warwickshire