As a cycle guide publisher we’ve done quite a few shows in the past, displaying our range of cycle books and maps to the general public and it’s always interesting to get people’s reactions. The good ones make you feel like you are doing something right but the critical are often just as helpful.

It’s been very noticeable at the shows that many people pick up our Ultimate UK Cycle Route Planner and once they have done so are extremely reluctant to put it down, studying it intensely and making ums and ahs of interest and enlightenment.

But why is it a different tale with some online reviews who occasionally criticise the map? Typical comments include ‘Not enough detail to follow correctly’ and ‘at best it is an indication of where cycle routes may be.’

So to clear up exactly what the planner is and isn’t and how it will hopefully keep on proving useful to buyers, here’s a bit more background about the contents and how it we envisage it being used.

With a scale of 1:588,000 this is an overview map for planning your routes so you can see how all the UK’s main leisure cycle routes are interconnected. So it’s not meant for navigation as you ride along.

It’s simply not possible to fit all the UK’s major cycle routes onto one map at a great level of detail – if you tried you would end up with an unmanageably large sheet of paper.

1080mm x 880mm is the unfolded sheet size and is as large as we wanted to go – any larger and it becomes too much of a handful to inspect when unfolded, especially if outdoors in the wind.

It folds down to the size of an OS Landranger map and so will handily fit in the map pocket of an outdoor type coat.

2. What Routes are Shown and Who is it Aimed at?

The UK Cycle Route Planner is aimed at leisure riders. The National Cycle Network (NCN) is shown in its entirety and stands out in bold red along. NCN route numbers are included. As the traffic-free sections (many are former railway lines converted to paths or upgraded canal towpaths) are amongst the most popular these are made to stand out in even broader red and white dashes.

There is more traffic-free info in the form of green numbers next to traffic-free sections. A separate box out names each numbered traffic-free section, allowing you to search out more detailed info online or in other guidebooks. There are 305 traffic-free sections listed and those that we know to be in rougher condition are indicated with red MB lettering to show that a mountain bike may be a wise choice on them, even though the gradients are likely to be unchallenging.

In addition to NCN routes the traffic-free numbering system also identifies easy going traffic-free trails that are not on the NCN but still legally cycleable, such as some sections of the Leeds-Liverpool canal or a route through the Forest of Dean.

For those want more of a challenge the map also shows a selection of routes in dotted green lines. These are National Trails and other long distance off-road routes that allow bikes.

Examples include the Pennine Bridleway and the Moors to Sea route in the North Yorks Moors. If you want to know more about the kind of track used by these routes see the BikeRideMaps blog here on the routes in the South Pennines and northern Peak District.

A selection of long distance classics are also indicated on the map including the C2C, the Way of the Roses and the Devon Coast to Coast. The map also shows 46 regional signed routes – these are also often multi day rides and fully signed on the ground but less well-known than the iconic long distance routes listed above.

To aid the ‘joining up’ of all the above routes the map also shows suggested minor road links and the lengthier sections of traffic-free route sometimes found alongside major roads.

The UK’s rail network and all stations are shown in full for those wanting to access their rides by train.

This allows you to make up your own bike tours; an almost infinite number of possibilities await…

Last but not least you can see where there are attractions on or near the cycle routes such as stately homes, castles, museums and many other historical sites.

We have had feedback from an End to End rider who said they took the map with them en route and found it invaluable. But it can also be used to discover day rides in your local area or a holiday area you don’t know that well or to make up your own multi-day rides.

As we always try and make clear to potential buyers, when out cycling you are likely to need a more detailed, larger scale map of the area you are riding in to aid you if you get lost en route.

Where the Planner comes into its own is allowing you to see easily and clearly at a glance all the many different types of route in any area of the UK you choose to look at.

That’s something we think no other publication will let you do.

You can read more on the Excellent Books web page.

Brittany is of course a very popular cycling destination and so has the following excellent guide books for the cycle touring routes in Brittany.

Links to more details on the guide books are at the bottom of the page.

A general map of France showing general cycle routes. Excellent for planning, but more detailed guides/maps may be required as well:

Although not including the maps you would need to cycle the route, France en Velo has a wonderful description of cycling end to end across France, starting in Brittany at St Malo.

The guide books and maps for cycle touring routes in Brittany

Link to the Brittany Tourist authority

Cycling in the East Riding of Yorkshire and the Yorkshire Wolds

Following its hosting of the start of the Tour de France in 2014, Yorkshire has taken cycling to its heart.

There is a reasonable chance that if you come to Yorkshire for cycling, you will take Yorkshire to your heart.

While the Yorkshire Dales and the North York Moors can be tough, in eastern Yorkshire there are flatter, more gentle routes. There is also the option of rolling hills through the Yorkshire Wolds, stretching from the River Humber to the sea at Filey (though even the Wolds have some challenging gradients along the western edge).

There are Sustrans-signposted country lanes, while from the Humber Bridge the National Byway takes a signposted route that loops around the the coast then on towards the Vale of Pickering south of the North York Moors.

These days a vibrant city, Hull has cycle routes into and around the centre.

In the page below you will find sections on:

Bradwell’s Family Cycle Rides Yorkshire describes a 9 mile cycle route, graded Easy, starting on the shoreline of the Humber Estuary, circling a country park, then there and back again across the extraordinary Humber Bridge. Quite an adventure for a family (though only to be ridden when the weather is calm).

Hornsea to Hull on the Hornsea Rail Trail

Start on the sea front at the monument showing the end/start of the Trans Pennine Trail, and following the TPT signs. The Hornsea Rail Trail is a flat and well-maintained cycle/walking route.

You then have a choice of destinations. Cycle all the way to The Deep in Hull and you will have covered 15 flat miles (with 15 on the return route). Or stop part way, perhaps at New Ellerby after 6 miles, for refreshments at the pub before returning to the sea at Hornsea.

Circular cycle tours in East Yorkshire and the Yorkshire Wolds

Use the Hornsea Rail Trail to cycle from Hornsea on the coast into Hull. Then out along NCN Route 66 to the village of Burstwick, before a return ride through country lanes to Hornsea. The Sustrans map for the area shows it well.

Another route from the Sustrans map, 24 miles from Beverley town centre out into the Yorkshire Wolds. Some good climbing here on country lanes.

57 miles on country lanes via Aldbrough and Withernsea, with a half-way point at the Discovery Centre for Spurn Head.

Return along the same route. Or use the National Byway map for a longer return via Sunk Island(!).

Bridlington and the Hunmanby Loop

There are a surprising number of waymarked long-distance cycle routes in East Yorkshire. For example:

The Trans Pennine Trail is a major coast to coast route suitable for cyclists, horse riders and walkers. Starting in Southport in the west, it crosses northern England eventually arriving in the East Riding of Yorkshire.

Crossing through Hull with its city attractions (such as The Deep aquarium and various museums), it heads for the sea along the flat Hornsea Rail Trail.

The Way of the Roses

The Way of the Roses is a Sustrans coast to coast route from Lancashire’s Morecambe to Yorkshire’s Bridlington, via – of course – Lancaster and York, the red and the white roses.

It is a very popular and varied ride, 170 miles altogether.

It is waymarked and shown on the Sustrans map.

The Yorkshire (and north Lincolnshire) branch of the National Byway arrives in the East Riding at the Humber Bridge, loops around Hull towards the coast at Hornsea, then heads north into North Yorkshire. There is also a loop to Bridlington.

The route uses quiet country lanes for the most part and here the East Riding is very flat.

Be aware that some of the brown National Byway signs are missing – but you can still use the map.

This section is still to be completed.

Cycle-friendly Holiday Accommodation in East Yorkshire and the Yorkshire Wolds

This section is still to be completed. 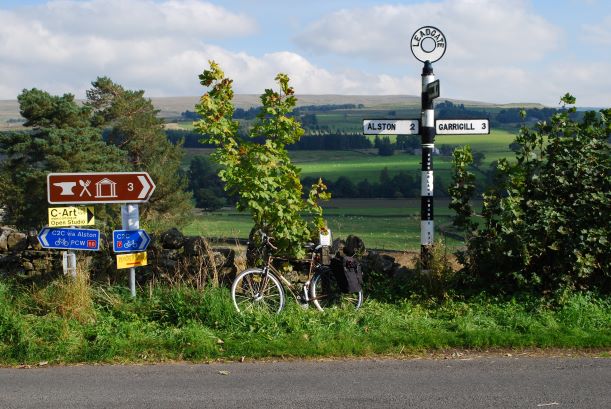 by Richard Peace, cycling journalist, guide book author, map designer: https://richardpeacecycling.com/ Sustrans’ C2C cycle route is truly a phenomenon; it can fairly claim to be the most popular and widely known long distance cycle route in the UK, completed by many thousands each year. This is despite the fact it… 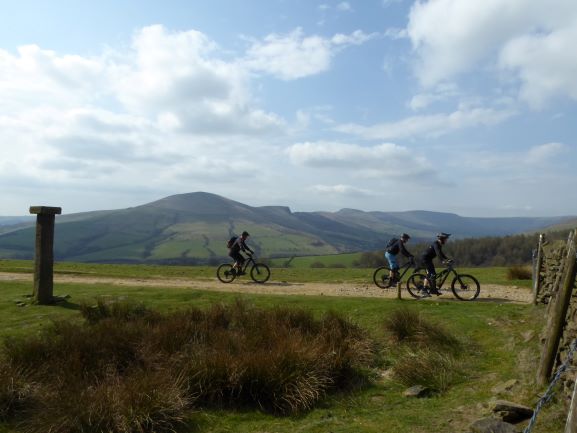 Devon’s cycle routes include shorter and medium-length circular routes, whether family rides or more challenging ones, as well as long-distance signed Sustrans routes for cycle touring. Cycle-friendly accommodation and advice on cycle maps and guide books.

Some hints on a route through western Scotland that sounds very, very good – from John A in Ardrossan: The best cycle route to Ardrossan from Inverness Take the A862, then hang a left on to the A833, that comes out at Drumnadrochit, halfway down Loch Ness. This avoids the…